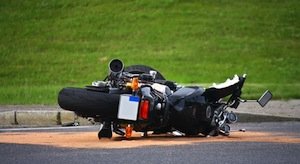 Because of the current economic recession, motorcycle ridership is up. Unlike cars and even larger vehicles, motorcycles get 50 miles – or more – to the gallon of gas. Meanwhile, with the price of gas hovering around $4.29 in parts of Illinois (and higher in Chicago and some suburban areas!) people are looking for ways to save money on the road.

Then there is the apparent feeling of freedom one experiences while riding a motorcycle. Here are two comments posted on the website motorcycles.about.com:

Riding gives me a peaceful moment plus enough adrenaline to deal with the unpredictable. Riding is an essential part of my life; it gives me a sense of power and freedom.
—Guest brazeagle

Riding puts life in perspective. On those days when life makes no sense, it all suddenly becomes crystal clear when I start up my Harley. I'm 60 and look forward to riding everyday. The focus it takes to ride safely takes all my problems away. Why do I ride? Ask any dog why he sticks his nose out the window.
—Guest ProBo

Motorcycles are no longer the preserve of men only. The Associated Press reported this year that women now account for more than one-fourth of the 27 million motorcycle riders in the United States.

Let’s Look at the Numbers:

According to the Illinois Department of Transportation (IDOT), 131 people were killed in 2010 in crashes involving motorcycles (motorcycles, motor scooters, motorbikes, mopeds, etc.). The 131 motorcyclists who died account for over 14 percent of all motor vehicle fatalities that occurred that year. Meanwhile, motorcycle registrations comprised only 3-4% of all motor vehicle registrations. So it’s obvious that motorcycles are over-represented in fatal accidents in Illinois. No doubt about it, driving a motorcycle is dangerous!

While many of us might imagine riding a motorcycle down a deserted country road, the largest number of motorcycle fatalities in Illinois take place on the crowded streets and highways of Chicago and surrounding areas of Cook County. In 2010, 30 of the fatal accidents involving motorcycles occurred in Cook County, while five occurred in the less-populated Will County. Other counties in the state reported only one or no motorcycle accidents at all during 2010.

Alcohol is often a factor. IDOT reports that 40 percent of the motorcycle drivers killed in 2010 had been drinking alcohol. Other factors that contributed to accidents were:

Kreisman Law Offices has handled motorcycle accidents for individuals in the Chicago area and in Illinois for more than 40 years. Robert Kreisman recently handled the case of a young father of four from the Chicago area who was killed while riding his motorcycle on an expressway. An automobile driver had swerved across several highway lanes so as not to miss his exit. The motorcyclist had no chance to avoid colliding with the car. His helmet did little to save him. Kreisman Law Offices obtained the full insurance policy limits for the decedent’s family.