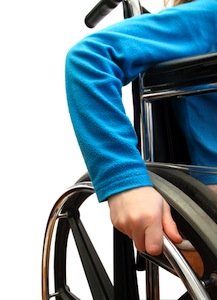 A birth Injury can result in life-long suffering to the mother and/or child as a result of medical negligence during labor and delivery.

Common types of birth injury are:

In a medical malpractice case, the Kreisman Law Offices will seek to prove that your Chicago medical provider acted negligently and that their negligence directly caused the birth injury. Usually, a birth injury results in very high damages because the child may require long-term medical treatment, his or her disabilities may be permanent, and the cost of medical care and rehabilitation can be expensive.

Some medical errors that could demonstrate medical negligence are:

Unfortunately, some babies are injured before or during the delivery process. According to the Center of Disease Control (CDC) six out of every 1,000 births in America result in an injured child.

Many of the birth injuries that occur are preventable and avoidable. The physiological makeup of a mother, for example, a woman with a smaller pelvis or birth canal is known in advance. The fact that an unborn baby is large would make it very difficult, if not impossible, to deliver the child vaginally with the mother’s physical makeup. In a case where a large baby is attempted to be delivered vaginally, the delayed delivery may cause oxygen deprivation which can cause serious and permanent brain injury to the child.

In too many of these cases, the birth injury is caused by the negligence of a doctor, nurse, midwife or other medical provider. Most birth injuries are caused by mistakes during labor and delivery that include the failure to recognize and act on fetal distress. Fetal distress is indicated objectively by electronic fetal monitoring which should be ongoing when the mother arrives or is in active labor.

Another birth injury mistake is the incorrect use of forceps. The incorrect use of forceps and using excessive force is a common cause of birth injuries. In every case where the fetus is in distress and/or there is a preventable cause of oxygen deprivation, the unborn child is in great danger of severe and permanent brain injury. Sometimes the mistakes are in the application of medication to the mother or the use of dangerous medication that caused injury to both the mother and the unborn child.

In too many of the birth injury cases, the medical errors seem to be progressive in that one error compounds another. Many times the immediate need for a Cesarean section delivery is overlooked causing what amounts to preventable brain injury to the child.

A birth injury to your child is devastating. It is imperative that you have experienced lawyers on your side. With over forty years of experience in handling birth injury cases, the Chicago medical malpractice lawyers at the Kreisman Law Offices have the know-how and resources to aggressively handle your birth injury legal claim and obtain justice for you and your child. Contact our Chicago office at 312.346.0045 or 800.583.8002 for an immediate free consultation, or fill out a contact form.

Chicago Medical Malpractice Attorney Blog - Birth Injury
Chicago Birth Injury Lawyer Blog - Birth Injury
Contact Us
Practice Areas
Client Reviews
★★★★★
“We were devastated when our 31 year-old son was killed by a negligent driver. Kreisman Law Offices did everything to help us through this very difficult time, including coming out to the house several times which was a comfort. My wife and I were extremely pleased with Mr. Kreisman’s compassion and care for this very tragic and troubling time.” C.B.
★★★★★
“Bob Kreisman did everything possible in handling the trial of this case. It was devastating that I traumatically lost my leg above the knee in this truck accident. However, it was not an easy case to win. His staff was so prepared for the trial that it was not surprising that the settlement offers continued to rise until we finally accepted the multi-million settlement while the jury was still deciding the case. My wife and I were delighted that we could secure our future with this settlement. We thank Mr. Kreisman and his incredible staff for working so hard for our benefit.” T.P.
★★★★★
“My mother died because doctors dropped the ball. I called Robert Kreisman and he immediately set up an appointment for my entire family. We met at his offices and I was very comfortable that he would do the best for my dad and my brothers. He spent hours with all of us in preparing for depositions and he hired top notch experts, all of which contributed to an incredible settlement before trial. I know that he is dedicated to his cases and particularly to the people he works for and the people who work with him. He continues to be generous in contributing annually to my mother’s memory and to make known to the public the signs and symptoms of brain tumors.” V.S.
★★★★★
“My dad was ignored and mistreated at the nursing home that we placed him in. It didn’t take long for us to realize that we made a big mistake, particularly after my dad developed these terrible bedsores. We transferred him as we were contacting Mr. Kreisman. He was referred to us by a lawyer we have known for a long time and respect his opinion. Mr. Kreisman and his staff worked tirelessly to resolve this case. We were fortunate to have his services and will recommend him to anyone.” T.J.
Submit a Law Firm Client Review