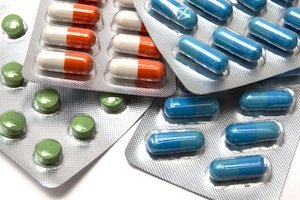 The National Center for Health Statistics reported in 2010 that 88 percent of Americans older than 60 were using at least one medicine; more than one-third were taking five or more medications. But the trend toward taking more medication is not shared only among the elderly.

The Center said almost 30 percent of teenagers were taking drugs – mostly for the treatment of attention deficit hyperactivity disorder (ADHD), according to the center. Meanwhile, 22 percent of children under 12 were taking at least one prescription drug (most commonly for asthma).

Significantly, spending on prescription medications more than doubled nationwide during the decade before 2010. The Center reported that Americans spent more than $234 billion on prescription drugs in 2008 -- up from $104.6 billion in 1999.

Because spending on medications is increasing, many pharmaceutical companies are rushing to market prescription drugs that are too often defective and lack adequate trials and tests. Many times the tests that are done are performed by the federal Food and Drug Administration (FDA) in laboratories funded by the drug companies. People taking these drugs often suffer injury or death before a prescription medicine recall has been instituted.

Robert Kreisman has been a faculty member of many law seminars around the Chicago and Illinois area and the country for the benefit of trial lawyers instructing on the successful handling of personal injury, pharmaceutical claims and medical malpractice cases. If you have been prescribed a defective drug, you may be entitled to financial damages.

One recent example of a medication that caused illness and even death was reported in 2012, when a compounding pharmacy in Massachusetts was blamed for 39 deaths in an outbreak of fungal meningitis. The compounding pharmacy was also blamed in 620 infections caused by contaminated drugs. The New England Compounding Center of Framingham, Mass., faced more than 400 lawsuits from patients from all over the country, including Illinois, who received epidural steroid injections later found to be tainted with fungus.

Then there is the example of Franck's Pharmacy in Ocala, Fla. This compounding pharmacy stopped sterile compounding in its lab after the federal Centers for Disease Control and Prevention (CDC) issued a warning urging all health care professionals not to use sterile products made there. The warning was issued after the CDC discovered a rare fungal eye infection could be linked to the pharmacy. At least 30 patients got the infection. They had all allegedly undergone some type of eye procedure in which Franck's Pharmacy products were used.

Many doctors are unaware of the unapproved status of some drugs and prescribe them because the drugs’ labels do not disclose that they lack FDA approval. Unapproved drug products have not been evaluated and approved by the FDA. Unapproved drugs are not generic medications, and their safety and efficacy cannot be assured, according to the FDA.

For Illinois residents, certain medicines have a problematic safety record. These include some of the following:

If you or a loved one has been affected by a pharmaceutical drug side effect, you may have a personal injury claim. The Chicago lawyers at Kreisman Law Offices have more than 40 years of trial experience, trying personal injury cases related to pharmaceutical errors and harmful pharmaceutical drugs. Please call us 24 hours a day at 312.346.0045 or toll free 800.583.8002 for a free and immediate consultation or complete a contact form online.
Chicago Personal Injury Lawyer Blawg - Pharmaceutical Litigation
Contact Us
Practice Areas
Client Reviews
★★★★★
“We were devastated when our 31 year-old son was killed by a negligent driver. Kreisman Law Offices did everything to help us through this very difficult time, including coming out to the house several times which was a comfort. My wife and I were extremely pleased with Mr. Kreisman’s compassion and care for this very tragic and troubling time.” C.B.
★★★★★
“Bob Kreisman did everything possible in handling the trial of this case. It was devastating that I traumatically lost my leg above the knee in this truck accident. However, it was not an easy case to win. His staff was so prepared for the trial that it was not surprising that the settlement offers continued to rise until we finally accepted the multi-million settlement while the jury was still deciding the case. My wife and I were delighted that we could secure our future with this settlement. We thank Mr. Kreisman and his incredible staff for working so hard for our benefit.” T.P.
★★★★★
“My mother died because doctors dropped the ball. I called Robert Kreisman and he immediately set up an appointment for my entire family. We met at his offices and I was very comfortable that he would do the best for my dad and my brothers. He spent hours with all of us in preparing for depositions and he hired top notch experts, all of which contributed to an incredible settlement before trial. I know that he is dedicated to his cases and particularly to the people he works for and the people who work with him. He continues to be generous in contributing annually to my mother’s memory and to make known to the public the signs and symptoms of brain tumors.” V.S.
★★★★★
“My dad was ignored and mistreated at the nursing home that we placed him in. It didn’t take long for us to realize that we made a big mistake, particularly after my dad developed these terrible bedsores. We transferred him as we were contacting Mr. Kreisman. He was referred to us by a lawyer we have known for a long time and respect his opinion. Mr. Kreisman and his staff worked tirelessly to resolve this case. We were fortunate to have his services and will recommend him to anyone.” T.J.
Submit a Law Firm Client Review